Everything You Need To Know About Fudge 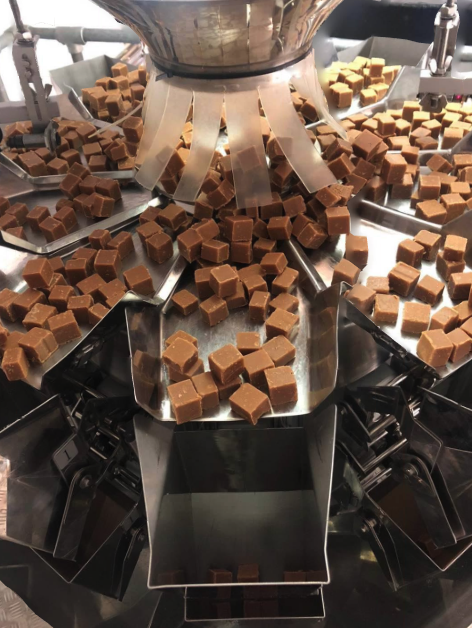 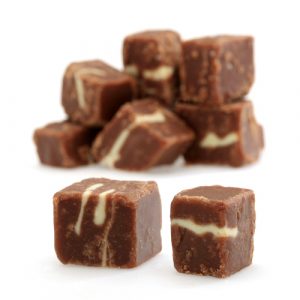 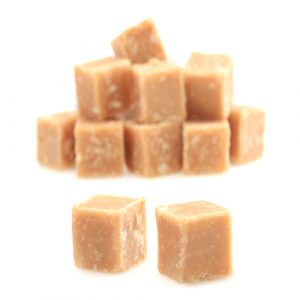 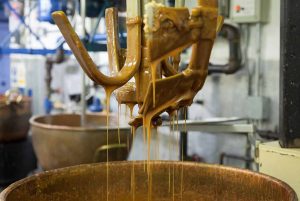 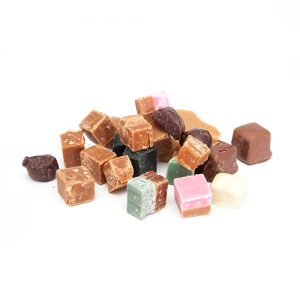 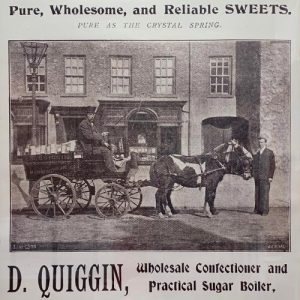 Did you know we make our own fudge here in Kendal? It’s one of those timeless classics everyone can enjoy, and we love making it in various flavours. It reminds us of childhood holidays and long summer days. A real taste of nostalgia.

Fudge is a rich, sugary confectionery that combines sugar, butter and milk. These ingredients are brought to a high heat and then left to cool. Ideally, the fudge should be firm enough to hold its shape but then soft enough to melt in your mouth.

Are there different types of fudge?

We make both crumble fudge and smooth fudge.

In fact, many experts have highlighted the connections between fudge and Scottish tablet. They are made in very similar ways.

What is the history of fudge?

No one is very clear about the origins of fudge. Scottish tablet was first mentioned between 1692 and 1733, but fudge wasn’t mentioned until the late 1800s in America. It appears that fudge was first made by accident, but people enjoyed it, so the recipe stuck.

A lady called Emelyn Battersby Hartridge wrote a letter in 1889 explaining her school friend’s cousin had made something called fudge and had sold it for 40 cents a pound.

Emelyn took this recipe and made it for a fundraiser for her own school, Vassar College.

News of the fudge recipe spread, and it became an instant hit amongst students at various women’s colleges. However, each college varied the recipe slightly.
So that’s how we think fudge was invented. And we’re very pleased it was.

What ingredients are needed to make fudge?

Sugar is the main ingredient. It can then be mixed with cream, condensed milk, evaporated milk, butter or clotted cream. You can also add any type of flavour or ingredients you want. We found this recipe for Maple bacon fudge!

At Quiggin’s, we’ve decided against adding bacon to our fudge. Still, we have used our imaginations and offer a wide range of fudge flavours.
From chocolate pistachio to malt whisky, gin and tonic to cherry bakewell, you’ll have fun finding your favourite flavour.

Can I make fudge at home?

There are many fudge recipes online, so we say go ahead and try. There is a science to it, though.

You should get a candy thermometer so you can monitor the temperature of your fudge mix. The softball test is another way of checking if the temperature is correct. The mixture should be heated until it holds a ball-like shape when dropped in a bowl of cold water. Many recipes talk about boiling the ingredients but don’t tell you how long, so it may take you a few go before you get the recipe right.

Plus, be warned. Hot sugar can burn, so you need to take care.

Where can I buy fudge?

Buying fudge is probably a safer bet, and you don’t have to look far to find a wide variety of fudge flavours for you to enjoy. Head over to our online shop and start looking through all the flavours on offer. We’ll have it delivered to you in no time.