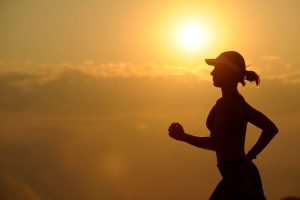 YES! Kendal Mint Cake  is Perfect For All Runners

Many runners will have signed up for half marathons and marathons this year. Training will be well underway to raise fitness and endurance levels. As running distances increase, it’s important that you fuel your body correctly.

Your muscles need this additional fuel to help them power through the additional miles. Without the extra food and drink, you leave yourself at a greater risk of injury, and you may also compromise your immune system. Both will leave you unable to train correctly for the main event.

Fueling your body for a big run doesn’t have to be complicated. In fact, glucose is the prefered source of energy for long-distance runners. Yes, it is that simple sugar glucose that the body needs to give it the power to keep moving. 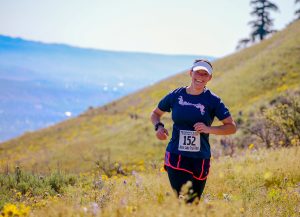 Leading up to a run, it’s important to eat adequate amounts of glucose. This will come from carbohydrates. You’ll often hear runners call it carb-loading.

You’ll also need to eat carbs the morning before the run. Your body will need glucose after a night of ‘fasting’. You don’t need to eat a lot before a race, but that glucose boost will give you the boost you need to get started.

Avoid high fibre before a run. It’s harder to digest and can upset your stomach.
Remember, you don’t need to eat a huge amount before a long run. Many runners can’t do this. They find it better to fuel as they run. This means taking food with you and eating small quantities of food as you exercise.

Have a fuel strategy

The best way of keeping energy levels high during a long run is to eat little and often. While training, take different food with you to see what works for you. Some runners love to carry jelly babies or cereal bars, but many runners get their energy boost from Kendal Mint Cake. 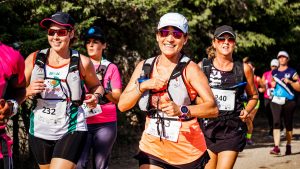 Kendal mint cake is a glucose-based bar made from sugar, glucose syrup, fondant (sugar, glucose syrup, water), peppermint oil, and a small amount of salt. It is known as the original energy bar as it has been used by adventurers and athletes to provide energy and support endurance.

Because it’s high in glucose, Kendal mint cake can be digested rapidly, giving a rapid boost of energy.

But it’s not just the glucose that can help runners keep running.

Peppermint is a calming, soothing herb. One of its properties, rosmarinic acid, gives peppermint anti-inflammatory properties that are gentle on the digestive system. Peppermint extract has also been found to increase pain threshold. This helps you stay running for longer.

Importantly, Kendal mint cake does not fill you up, so you won’t start to feel sluggish whilst you’re running. You’ll get the glucose you need to keep you moving without that ‘just eaten’ feeling you get after some snacks. 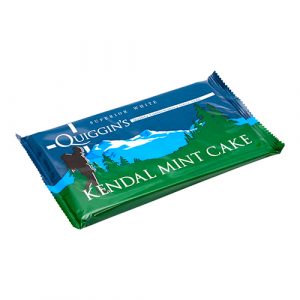 Quiggin’s have been making Kendal mint cake since the 1800s. Over the years, it’s been taken on many expeditions to help mountaineers and explorers reach their goals. It’s been taken on a Trans-Antarctica expedition and has been to Mount Everest, Patagonia and Peru (to name just a few!)

That’s why more and more endurance athletes, including long-distance runners, are choosing Quiggin’s Kendal mint cake to help them find the energy to succeed.

Why not try for yourself?