Marzipan And Its Sweet History 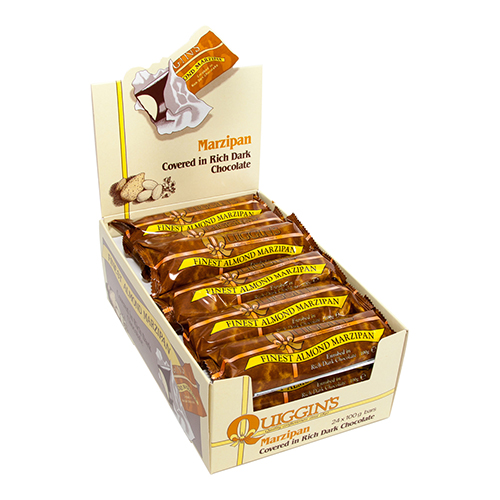 At Quiggin’s, our marzipan bars are a firm favourite. It makes sense for one of the oldest confectioners in the UK to produce this well-loved traditional sweet.

Its our passion for creating new and exciting confectionery that brought about our marzipan bars. The bars which we cover in chocolate, combined with a variety of flavours, makes our chocolate marzipan bars irresistible.

But, did you know that marzipan has a long, interesting history?

Generally, it is agreed that it originated in Persia and was brought to Europe by the Turks. It is at this point, a number of countries lay claim to the marzipan we know today. What we do know is that marzipan has been enjoyed all over the world for many hundreds of years. 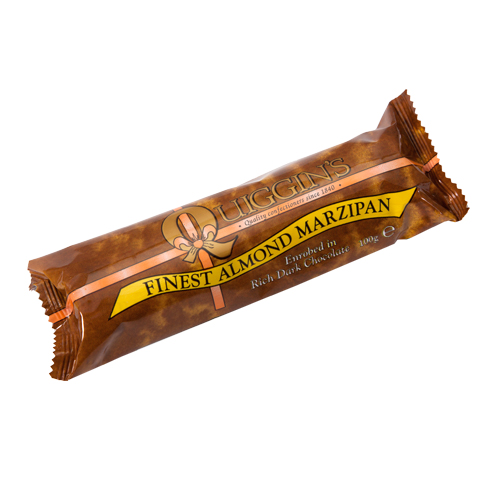 Marzipan pops up in the history books on more than one occasion.

From an early age, Leonardo Di Vinci was hooked on marzipan. He loved its sugary taste. He also loved how it could be moulded, and he used it to create intricate marzipan sculptures which he made for the Milanese court. Imagine his dismay when they ate them. In fact, he wrote that ‘he observed in pain’ as they were greedily demolished.

Shakespeare also wrote about marzipan. In Act 1, Scene 5 of Romeo and Juliet, the first servant says ‘Good thou, save me a piece of marchpane’. It was clearly a delicacy served in royal courts. A delicacy that was so delicious that servants would gladly eat the scraps.

It was also one of the main ingredients used to celebrate Twelfth Night, a celebration that takes place on the last night of the twelve days of Christmas. In the 1600s, the Twelfth Night cake contained almonds and was covered in marzipan.

However, when Oliver Cromwell and the Puritans abolished the monarchy and formed a commonwealth, they deemed Twelfth Night too excessive. Not only were the celebrations banned, but the food was banned too. This meant no marzipan covered cake. But, they didn’t go as far as prohibiting Christmas, so marzipan was saved. People decided to add a layer of it to their Christmas cakes instead, and that’s how the modern-day Christmas cake was born. 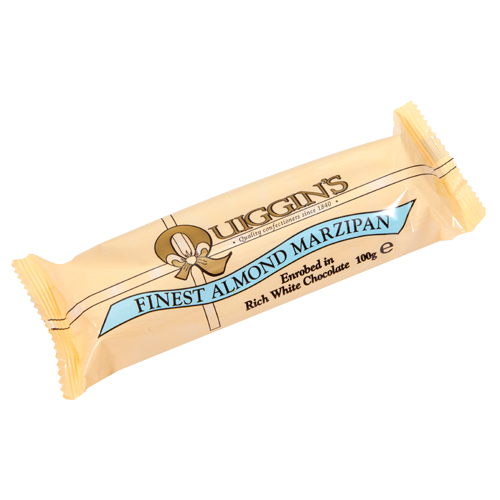 An international confectionary, marzipan is used in a variety of ways around the world.

Known as ‘marzapane’ in Italy, marzipan is dyed with food colouring and shaped into fruit known as Frutta Martorana.

In the Netherlands and Belgium, it is used to make figures that are given as Saint Nicholas’s presents. Whilst in Germany, it is a key ingredient in many Christmas baked goods, including Bethmännchen.

Further afield, in the Middle East, marzipan is flavoured with orange-flower water then shaped into roses and other delicate flowers before being baked.

And in Kendal, it’s shaped into marzipan bars and enrobed in delicious chocolate! 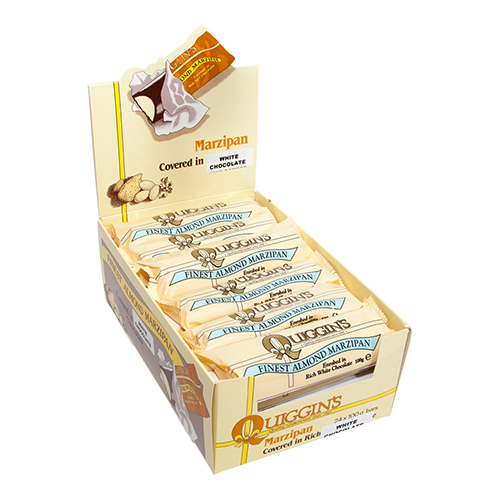 Quiggin’s believes that marzipan should be enjoyed all year round and that is why we offer a variety of marzipan bars.

Choose from pure marzipan to rum and raisin marzipan or cherry marzipan. All our marzipan bars are covered in rich, sumptuous dark chocolate.

We also have a white chocolate marzipan bar for an even sweeter flavour.

As with our Kendal Mint Cake, we use high-quality ingredients and bring years of experience to our sweet-making methods.

Whichever flavour marzipan bar you choose, we can guarantee it comes with the Quiggin’s seal of approval.