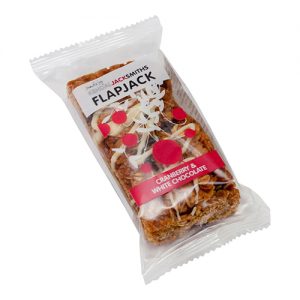 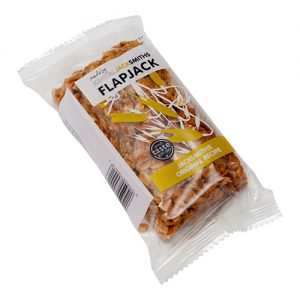 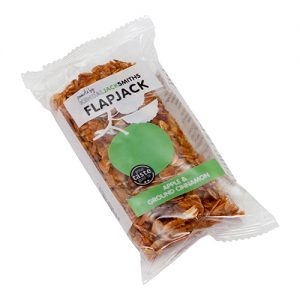 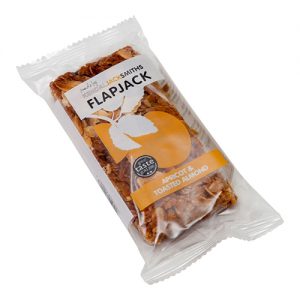 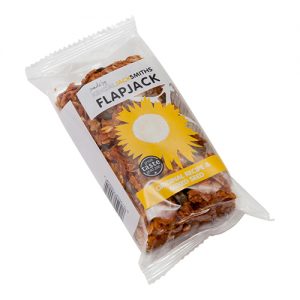 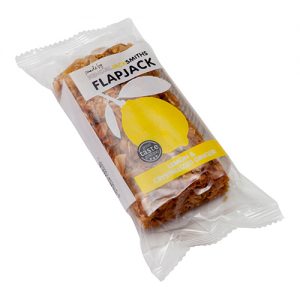 Award Winning Flapjack From The Heart of Kendal

If you’re British, Irish or even Australian or Kiwi, you’ll understand the flapjack to be a delicious oat bar. You’ll also be surprised to know that Americans call pancakes flapjacks, which can cause some confusion.

We don’t sell those fluffy, light pancakes flipped in a pan. But we do sell golden, delicious flapjacks made by Kendal Jacksmiths. And they are award-winningly tasty.

So what is British flapjack, and why do we love it?

Flapjack is a popular traybake. It’s made from oats, golden syrup, butter and sugar. You can eat it quite simply like this, or you can try the hundreds of variations. In fact, there are so many ingredients you can add to flapjack, you could probably try a different flavour each week.
We sell 8 different varieties of Kendal Jacksmith’s flapjack. From apple and cinnamon to apricot and almond, you’ll find a flavour perfect for your tastebuds.

Where does flapjack originate from?

This is a big mystery! No one is entirely certain. We know flapjack was definitely around in the 1600s because Shakespeare himself mentions it in his Jacobean lay ‘Pericle, Prince of Tyre’.

But that doesn’t mean it originated in Britain. Some say it came from the Middle East. Others link it to Thor cakes (or Tharf cakes) which are soft biscuits made from oatmeal, butter, brown sugar, and flavoured with ingredients such as ginger and coriander seeds.

Thor cakes were eaten in Cumberland as part of celebrations for the twelfth day. They’re also linked to Halloween.

We might not know their exact origins, but we do know that the recipe today is simple and delicious, and they continue to be a popular snack across the whole of Britain.

Why do you sell flapjack?

Why not? Quiggin’s have been making and selling sweet treats since 1840. We’re also a huge supporter of other local businesses.

Kendal Jacksmiths are a small Cumbrian-based team of cooks who hand bake every batch of flapjack. They make small batches to ensure each set is just right, and we think they’re perfect.

And other people agree. They won ‘Speciality Producer of the Year in the 2010 Great Taste Awards and were the overall winner in the 2008 Northwest Fine Foods Awards, Bakery and Confectionery category.

We especially love Kendal Jacksmith’s because the recipe they use was passed down from a friend’s granny. Being a family business ourselves, we really like other businesses that stay connected to their traditions.

Tell us about the flapjack

All of them are made from 100% natural ingredients, and they even hold blind taste tests to make sure everything is up to scratch.
You can choose to buy individual bars. Or, if you have a favourite, you can buy a box of 12.

Remember to pack some in your bag along with some Kendal Mint cake when you go out walking. Both are fantastic sources of energy and make a tasty treat when stopping for a rest to enjoy the view.